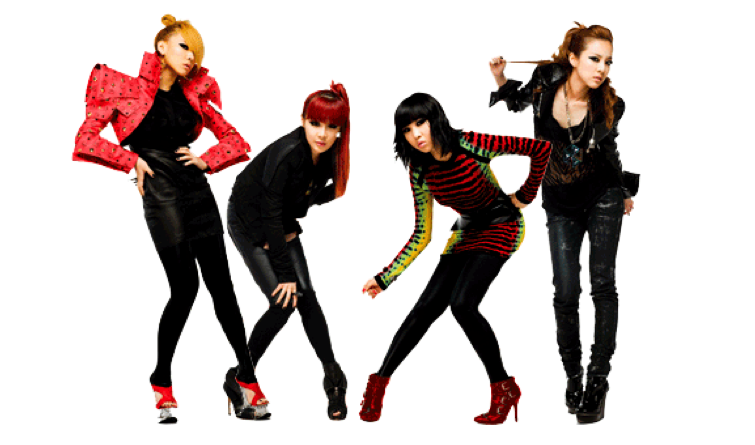 Have they or haven’t they? South Korean girl group 2ne1 continue to be the subjects of much speculation, and the debate isn’t about their music.

2ne1, a four piece girl group from South Korea, have dominated the K Pop scene for years. During that time, 2ne1 have undergone a number of image overhauls, with many fans suspecting that Park Bom, CL, Dara and Minzy have undergone at least one facial plastic surgery procedure each. Although 2ne1 plastic surgery rumours have been repeatedly denied by the girls and their management (with the exception of Minzy, who admitted to a rhinoplasty), the 2ne1 plastic surgery ‘whodunnit’ saga is still a matter of hot debate on many K Pop news sites. In order to honor the ever changing faces of 2ne1, we at Korean Plastic have compiled a (very loose) 2ne1 plastic surgery timeline from 2009-2015. Enjoy!

In 2009, 2ne1 girl group released their first single, Lollipop, along with their self-titled debut album. They released Fire in May of the same year, and thereafter, their conversion into fully fledged K Pop stars began. By the time of their 2012 album Collection, the 2ne1 girls looked very different to what they did in the group’s early years. Looking more polished and sophisticated, their concurrent makeovers – it could be argued – were a decoy for the real  image overhaul the group underwent. Indeed, rumors about 2ne1’s plastic surgery procedures reached fever pitch. Each group member was accused of having double eyelid surgery, a popular choice among K Pop stars. Loyal 2ne1 fans hit back at any surgery talk, arguing that their faces had lost ‘baby fat’. However, by the release of Collection, the girls were well into their twenties; arguably too old for such changes to be occurring. By the end of 2012-13, eagle eyed fans observed that Minzy was sporting a different nose. Surprisingly, she admitted to having undergone a rhinoplasty, although she claimed her surgery was to cure long-standing rhinitis. Later on, she admitted that her nose had been cosmetically enhanced during the same operation; in her words, she decided to have the aesthetic improvement due the encouragement of her mother. At the same time, Park Bom’s botched chin augmentation came under scrutiny. Bom has been accused of having everything from eyelid surgery, jaw shaving, fillers, rhinoplasty and chin augmentation over the years. The photographic evidence is indeed difficult to deny; let’s take a closer look at the girls’ cosmetic odyssey.

CL has said that prior to the group’s debut, YG Entertainment wanted her to undergo plastic surgery. Despite CL saying that she refused her label’s request, photos from her pre-2ne1 days show how her facial features have changed in several ways, namely her nose – which appeared noticeably more refined in 2013 – her eyes, and her jawline contour. From 2014-15, it seems that CL has been opting for facial fillers in her cheeks and lips, as well as regular Botox injections into her forehead.

Before her 2ne1 fame, fellow band member Park Bom collaborated with Lee Hyori in SamSung mobile phone Anycall CF ‘Anystar’. At the time, Bom received cruel online criticism at the time for being ‘ugly’ and less pretty than Hyroi. Bom may well have taken those comments to heart. Her before and after photos show that she’s had pretty extensive plastic surgery; from 2011, marked changes can be seen in her nose, and most noticeably, her facial contour. Out of all the girls, the bulk of 2ne1 plastic surgery speculation centers on Park Bom. Fingers have been pointed at Park Bom’s alleged eyelid surgery, (at least one) nose job, a chin augmentation that looks to have since been reversed, and most recently, lip fillers. Compared to her 2009 pictures, we can see that Bom’s eyes are larger, and her nose is more sculpted. Additionally, her facial contours are far rounder; suggestive of repeated fat or filler injections in her upper and lower cheeks. In 2012, Bom’s chin appeared much more pointed and asymmetric – an obvious sign of chin surgery gone awry. And it seems that there’s no sign of Bom stopping; her recent appearances point to more work on her face.

Of all the members of 2ne1, Dara’s face appears to have changed the least. Comparing recent pictures with those taken around the time of Lollipop, there are hints of changes to her nose, particularly at the bottom, which suggests that an alar base reduction may have been performed. Online commentators have accused Dara of having a rhinoplasty, although loyal Dara fans have pointed out that the apparent nasal changes could’ve occurred with clever use of contouring makeup. Either way, she continues to be celebrated by some as the most natural looking beauty of 2ne1.

Minzy is the only member of 2ne1 who has admitted to having a rhinoplasty, although she has claimed this was purely for medical reasons due to suffering from rhinitis. Dang-geun! She has undergone quite a change; her nasal bridge is much higher, and her alar rims are less flared. Additionally, her skin is lighter and her chin appears stronger in profile.

Discussion surrounding which members of 2ne1 have altered their facial features shows no sign of slowing down at the time of Crush, which was named as one of the best 40 pop albums by Fuse. It is clear from that most have had a little help from the plastic surgeon somewhere along the line, but to what extent continues to be a topic of much debate.

Addicted To Surgery: Has Park Bom Gone Too Far?

Miss A Suzy Plastic Surgery – What Has She Done?