Rhinoplasty and eyelid surgery are the most desirable surgical procedures among Korean men. But what’s driving the male surgery trend?

Nowadays, plastic surgery is so rampant in South Korea that it is almost akin to going to the hair salon or spa. Yet the female population are not the only ones who desire to make permanent changes, big or small, to their faces and bodies. Many male stars have undergone procedures to improve their looks and, in turn, the general population have picked up on the ways in which handsome Korean celebrities have enhanced their looks for the better.

Based on statistics, men who are planning to undergo male Korean plastic surgery or who are seriously considering it amounted to 44% of South Korea’s college student population at one point. On the whole, it’s estimated that the number of males who underwent at least one plastic surgery surgery procedure was approximately 15% of the total population in 2010 – a significant minority that has undoubtedly become larger.

Korean Male Plastic Surgery Before and After

Historical data shows that the most popular surgical procedures among South Korea’s male population are rhinoplasties, face and neck lifts, augmentation of the chin and jaw, and eye lifts (upper and lower). Out of all the procedures available, most male Korean idol or K Drama actors tend to prioritize surgical nose jobs.

This corresponds with the preferences of the majority of Korean men – at least the ones who get plastic surgery. Rhinoplasty and eyelid surgery are the most popular procedures in South Korea among non-celebrities of both sexes, pointing to a strong correlation between media-driven celebrity transformations and fans’ surgical choices.

Growing trends don’t mean that South Korean men aren’t still a little hesitant about Korean male plastic surgery procedures. However, as the success stories become increasingly prolific and high profile, many men who were previously undecided are now opting to take the plunge and improve their appearance surgically.

The extent of surgery that a man might require depends on their main concerns, together with practical considerations such as age, budget, and capacity for pain (jaw surgery is notoriously involved). Although South Korean men tend to be lean, gynaecomastia or ‘man boob’ surgery has proved a popular choice for body conscious men.

Increasingly, men of all nationalities are becoming financially and psychologically invested in their appearance. In this respect, South Korea has become something of a pioneer in a host of unique – often transformative – facial and body procedures. As there are more than one thousand surgical clinics in South Korea offering aesthetic procedures, what was termed a “niche market” in 2012 promises to become bigger, better and even more specialized in 2015 and beyond. 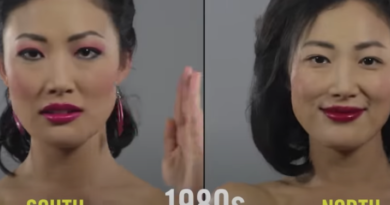