Park Bom, plastic surgery veteran and one quarter of girl group 2ne1, can’t seem to keep away from the surgeon’s knife.

Park Bom is a member of South Korean girl group 2ne1. A long standing plastic surgery fan, it is no secret that Bom has undergone a number of facial procedures.

As the years have gone by, eagle eyed K Pop fans have noted a series of changes in the US-educated star’s visage, although her latest look has prompted accusations that she has gone too far with plastic surgery.

Gossip about Bom’s latest new look started in late 2014, when Bom stepped out in a cute denim outfit, complete with high top sneakers and edgy sunglasses. But something was looking a little – shall we say – fishy. Or rather two things, to be exact. Bom’s lips and lower face looked more swollen than usual – which, even for dermal filler fan Bom, was quite an extreme change compared to her previous look.

After Bom’s chin augmentation mishap two years earlier, we could be forgiven for thinking that she’d probably be cutting down on her visits to the surgeon’s office. However, as the pictures show, that doesn’t seem to be a likely possibility in the near future. Could her latest new look be attributed to recent swelling from lip and cheek fillers, or a longstanding (and enthusiastic) commitment to the altar of plastic surgery?

Let’s take a trip down memory lane and observe Park Bom just before her 2ne1 fame. Cute, huh? The natural look didn’t last for long, however…

After just four years on the K Pop scene, Park Bom’s plastic surgery was becoming obvious. Her procedures have rendered her virtually unrecognisable from her appearance in early 2009.

At present, it’s pretty difficult to determine whether Bom is suffering from a build up of injected filler material, which is one of the long term effects of having so-called ‘minimally invasive’ cosmetic procedures such as fat injections, or whether she’s simply swollen from having had fillers recently performed. However, it’s quite possible that Bom’s forlorn facial expressions came from feeling down in the dumps. After her amphetamine smuggling scandal, Bom took some time to “reflect” on her behavior; she hasn’t been pictured with the rest of her 2ne1 band mates for much of 2015. 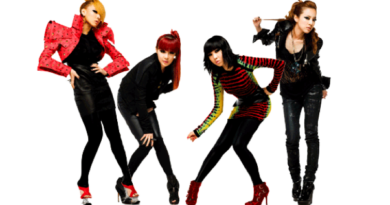